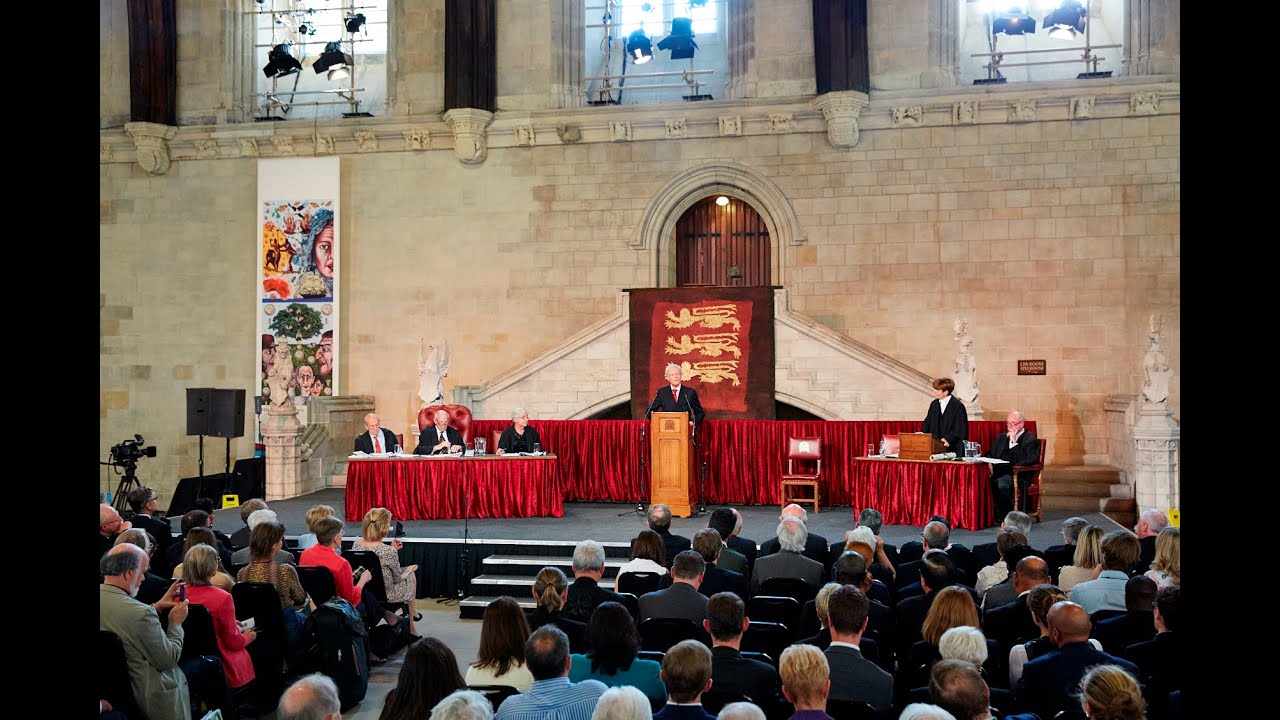 On 31 July 2015, 800 people gathered in the surroundings of Westminster Hall, in the Palace of Westminster, to witness a historic mock trial of a representative group of Magna Carta barons. The event was part of a range of activities taking place globally to mark the 800th anniversary of the sealing of Magna Carta at Runnymede in 1215. The mock trial saw two senior barristers debating whether King John’s actions in the run-up to 1215 justified the terms the barons forced him to agree in the form of Magna Carta, and the extent to which rebellion against the King can be acceptable in the eyes of the law. The three judges – Lord Neuberger, President of the Supreme Court, Justice Stephen Breyer of the US Supreme Court, and Dame Sian Elias, Chief Justice of New Zealand – heard argument from James Eadie QC for the prosecution and Nathalie Lieven QC for the defence. Historic witnesses assisting the Court included King John (played by Clive Anderson), the then Archbishop of Canterbury, Stephen Langton (played by Lord Lisvane), leader of the rebel barons, Baron Fitzwalter (played by Prof David Carpenter) and intermediary William Marshal (played by Lord Judge). The special event was organised by the UK Supreme Court and the Magna Carta 800th Anniversary Commemoration Committee.

Online Courts: Keynote address by Richard Susskind on the future of justice