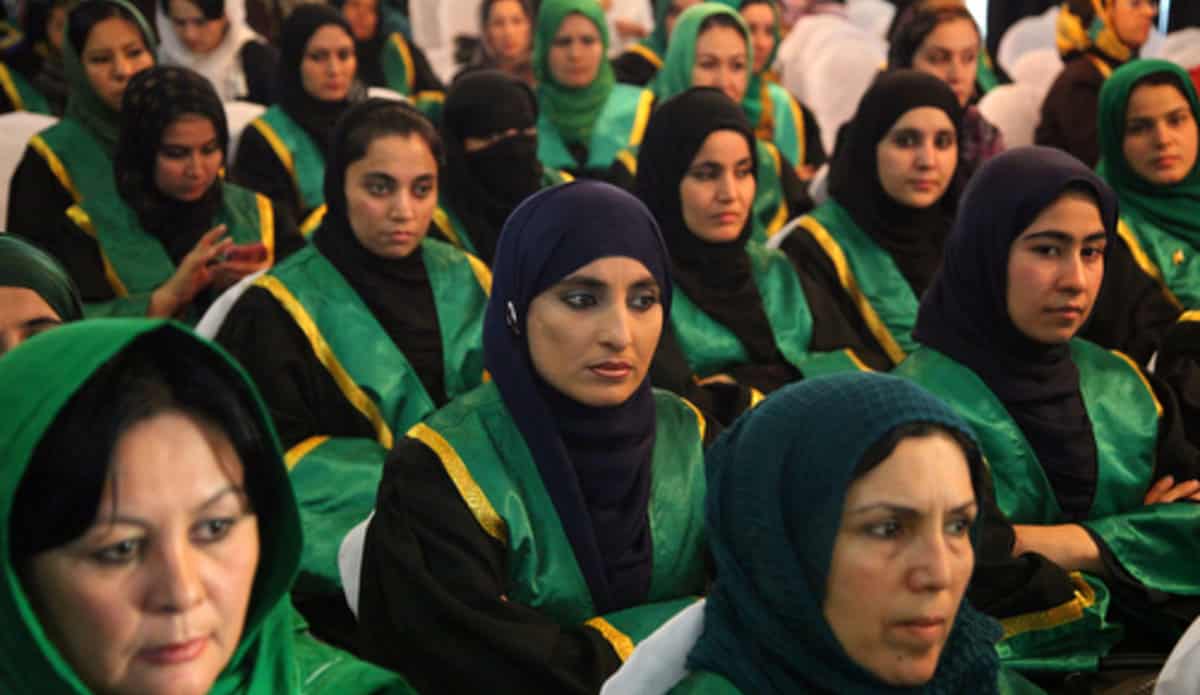 Female Afghan judges who once handled cases against female domestic violence are now worried about their lives. Previously, they dealt with cases of domestic violence, theft of women and much more. Now they and their loved ones receive threats from male prisoners whom they have put behind bars.

Nabila – Former judge highlights the plight of women in Afghanistan. She lost her job and was forced to move after receiving threats to kill her in the future when the prisoners were released. She previously worked as a Supreme Court women judge. Fearing for her life, the woman was forced to move with her husband and three children from her home in Kabul.

This was also due to the fact that in the middle of the August, the Taliban moved their forces to this city and many prisoners were released from there.

How the situation in Afghanistan is assessed in the world?

According to the International Association, there are now at least 200 women judges in Afghanistan, and many of them fear for their lives and there are good reasons for that.

Taliban officials have now recovered their personal information from court records. Some of the judges’ bank accounts are now frozen.

She also added that their problem with the law now is that they previously acted according to the law and took the side of those offended by their husbands.

What happened after the Taliban arrival is a complete destruction of the women hopes and what they have achieved thanks to US assistance, including over the past two decades.

According to the lawyer of 13 women judges who cannot leave the country – Kimberley Motley, an American lawyer, Afghanistan is an open-air prison for such women.

Taliban spokesman Bilal Karimi confirmed that there is still no final decision on the case. According to the official version, they were suspended in their posts, but in fact they were fired, because it would be complete madness to continue their activities under the rule of the Taliban, according to Justice Glazebrook.

Before the Taliban came to power, more than 270 women judges held positions in a corrupt system, and men’s rights prevailed.

Domestic violence cases are a pressing problem in Afghanistan, where, according to a 2008 US survey, more than 90 percent of women experienced domestic violence. To solve the problem, special courts with women judges and police units were created.

They brought some reforms to the judiciary and helped many girls and women in families. In the first place, women could file for divorce and were no longer forced to live in a cruel marriage.

Former female Afghan judges and lawyers have confirmed that their relatives and friends have been subjected to beatings and threats to find out where the women are located.

Behista, 25, a former defense claims that she did not leave the city after the arrival of the Taliban, but her 2 brothers, mother and she are in danger. Therefore, they plan to do something in the future. But this situation is not only due to the new government. Earlier, two women judges were shot dead on their way to work. Police men and other proponents of order have often resisted justice reforms in the past.

The 2009 Elimination of Violence Against Women Law was often sponsored by male officials. Oftentimes, the wives’ escape is complicated by the husband.

According to the World Bank, half of Afghan female do not even have identification documents, when the percentage of such men is only 6. This makes it doubly difficult for them to leave the country.

Many women were helped to flee by the Polish authorities. On August 24, 24 women were evacuated to Greece.

Court of Appeal Judge Friba tells her story where she convicted two Taliban men and many others for domestic violence. From her words, she has received threats for the past 5 years. In 2014, she pledged to divorce her sister, who was forcibly married at 17. Although the latter fled to Egypt with her three children, her husband still persecutes her.

Mr. Karimi denies any violence against former judges and says that they are not in danger, and that they themselves made the choice to live underground.