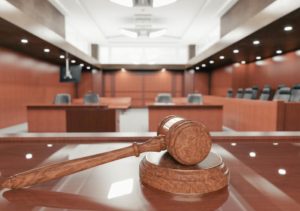 According to the National Audit Office, the government’s own modeling shows that the Crown Court backlog may not return until 2025. They mean the level that was before the appearance of the Covid-19 virus.

An extremely critical report by the State Audit Office shows that both the Ministry of Justice and the Courts Service have not yet begun work on the implementation of the general objectives of collection. It also notes that they have little understanding of how it works in court. The program included users of ethnic minorities, as well as the most vulnerable.

The report does not just show trends for the better, but indicates that by 2024 the gap could increase to 17-27 percent.

On future talks on Spending Review with Her Majesty’s Treasury, the MOJ indicated two scenarios. In the first – “ambitious” year, 48,000 cases have been postponed by 2024. The second – “cautious” – has 52,000 cases.

It is known from the report that each scenario involves an increase in the number of part-time judges to unprecedented levels. The two cases are not much different, so it is difficult for small specialists to understand the financial, strategic and other decisions that are better to make.

The latter developed yet another – the third scenario, where 72,000 cases should be accumulated by November.

In the year preceding the pandemic, the court cases backlog increased by 23%. After the start of the pandemic, the percentage rose to 48%. In general, as of June 30, 2021, their number is 60692. In 2021, cases were in the queue for about 230 days, which is 84 days more than in the previous year. This suggests that many may begin to refuse to consider cases, which will significantly worsen the situation.

National Audit Office head Gareth Davies gave such an assessment to the report that the problem on the court backlog can drag on for many years and it is important to solve it as soon as possible. On the one hand, there are some risks identified by the NAO, on the other, HMCTS is praised for its quick response in the early stages of a pandemic.

A spokesperson for the MoJ commented that the report only shows the speed of response to the Covid-19 problem and the swift response, where remote technology was introduced in a few months, and Nightingale courtrooms appeared in all corners of the country. He also confirmed that there was stabilization in the Royal Court and the backlog of cases in the Magistrates’ Courts was decreasing.

Law Society President I. Stephanie Boyce pointed out the following challenges posed by the pandemic: underfunding, limited trial days, additional financial assistance and little capacity. In his opinion, it is necessary to revise the budget for the next week so that everyone who will go to court can receive proper assistance as soon as possible.

Jo Sidhu QC, chair of the Criminal Bar Association confirmed that if the government follow the report, it can significantly improve the situation. Otherwise, the problem will remain unchanged and will spoil the real picture even more.

Bar Council chair Derek Sweeting QC made a proposal to increase the additional cost by 22p so that victims can get the support they need in a timely manner. Thus, it will reduce delays and benefit “law and order”.